The article below is an English translation of a newspaper article written by a journalist from a leading Japanese newspaper, Asahi Shimbun (朝日新聞) on 11th April 2021. The journalist interviewed and quoted the views of lawyer, Ng Pui Khim on the subject of name changing in Singapore.

“It’s so great to see that the Singapore Foreign Ministry indicated my name as ‘Kono Taro’. Thank you.”

So twitted Minister Kono Taro when he visited Singapore on 27 December last year.

I was reminded of that when I renewed my work visa before April. I wouldn’t have noticed it in the past, but my name was also indicated as ‘Nishimura Koji’.

Why was that so? A colleague asked if it’s because I’ve written in that order in my application? Is that all? When we look at the names of the politicians here, Prime Minister Lee Hsien Loong is written in the order of surname first, then given name, while Minister for National Development Desmond Lee has a given name written before his surname.

How are Names Determined in Singapore, a Multi-Cultural Country? In Japan, the family name comes before the given name, and it’s the same when we indicate our names in English. Mr Kono is one such politician who advocated this. When he was the Foreign Minister in 2019, official documents abided by this principle with the Ministry’s support.

However, the practice of writing names of Japanese people in English in the order of given name followed by family name has been long established. Even now when we read English news, we see the Minister’s name written as “Taro Kono” in many cases. On the contrary, when Mr Kono visited Singapore in December last year, the local government referred to him as “Kono Taro”. However, In the Straits Times, the major local newspaper, the name → surname sequence was adopted, while Channel News Asia adopted the surname→ name sequence.

In the same English medium news, China’s Premier is ‘Xi Jinping’ and South Korea’s President is ‘Moon Jae-in’. This is the same sequence used in the respective countries. In that aspect, ‘Taro Kono’ would appear strange.

Even in Singapore, the majority of Chinese Singaporeans, as represented by Prime Minister Lee Hsien Loong, have their names written in the surname → first name order. However, people like Education Minister Lawrence Wong, who is Chinese but uses an English name, adopts the first name → last name order.

Malay Singaporeans, such as President Halimah Yacob, do not have the concept of ‘surname’. This is because most Malays have names that contain their own name, followed by their father’s name.

Many Indian Singaporeans also do not adopt surnames in their names. Take Minister for Home Affairs and Minister for Law K Shanmugam, for example. The ‘K’ in his name is an initial of his father’s name. Many Indians adopt the ‘own name → father’s name’ order, but there are some who also include the family name in the middle.

In addition, there are Caucasians and immigrants from other countries in Singapore. There are some who only have given names, such as people from Indonesia. Former Indonesian President Sukarno’s name is just ‘Sukarno’.

How are Names Given? In short, there are no fixed rules.

Thinking that there would be a certain “method” in the organization where names are recorded, I sought clarification from the Immigration and Checkpoints Authority (ICA), which manages name registration such as birth certificates and identity numbers.

The answer was shockingly simple. “There are no fixed rules for family names, middle names, and last names. The order of a person’s name is decided when his/her parents register his/her birth.” Whatever the name may be, it will be registered as such. For example, when it comes to not giving a family name to a child, “there are no laws that make it illegal not to give a family name.” However, I was told that words that insult people are not allowed to be registered.

Naming differs from family to family. Indian teacher Samthi Supramanyam (36 years old) gave her son the name Kris Balman when he was born in 2018, after a popular actor. Samthi has always wanted to name her son after him. Although it is rare for an Indian to have a two-word name, Samthi said that while ‘tradition is important’, she also wants to give her children names that she likes.

Her two-year-old daughter is called Bea Balthini. This is also a name she came up with, and it is a name approved by her husband Mr Biknesbaran Gobidasami (40 years old). For Samthi’s family, there are no surnames. What comes after the child’s name is the father’s name. Written formally, her son’s name is Kris Balman s/o Biknesbaran, while the daughter’s name is Bea Balthini d/o Biknesbaran. Here, ‘s/o’ stands for ‘son of’, while ‘d/o’ means ‘daughter of’.

Mr Auyang Kian Boon (35 years old), who welcome twin daughters in December last year, first came up with their Chinese names. “I consulted the naming master to decide what names to give them.” As it is possible to register one’s name in Chinese characters, most Chinese Singaporeans are given Chinese names. The tradition of calculating the number of strokes in the characters of the name is still practiced. Mr Auyang’s daughters are thus given the names of Zhilie (志例) and Zhiting (志亭).

However, that’s not all. Mrs Auyang thinks that it’s better for the girls to have English names too, so they are named Charmaine and Charlotte. The names that are registered with the government are then ‘Auyang Zhilie, Charmaine’ and ‘Auyang Zhiting, Charlotte’. Mr Auyang is of the opinion that “since English is the official language, it is necessary to have an English name for their future careers.”

In Mr Auyang’s case, as the ‘Auyang’ is their surname, the children should also carry this name. However, upon further investigation, it became clear to me that this is a patriarchal system. There is a legal provision that the surname of a child should be registered according to the surname of the father. The mother’s surname is given to children born outside a marriage, or in cases where the father is deceased or missing.

Then comes the question. What happens when parents divorce and remarry? I am getting confused. So I decided to seek the advice of lawyer Ms Ng Pui Khim (52 years old), who has handled numerous divorce cases in her 30 years of practice.

Ms Ng explained, “The child can continue to take the father’s surname of Lee, but he/she can also change his/her surname. However, if the child is less than 21 years old, the birth father’s permission needs to be sought.”

That is to say, if the birth father opposes the change in surname, the child’s surname cannot be changed even if custody belongs to the mother. In 1996, the Supreme Court of Singapore’s statement in a trial of a mother who has custody after divorce and who appealed for the change of family name of a child stated that “The family name is a symbol showing the connection between father and son, and change is not allowed unless there are unavoidable circumstances.”

Nevertheless, it is easy for an adult to change his/her name. At the age of 21, one can change one’s name by applying to the Immigration Authority with a document from the lawyer. There is no need to state any reasons, and the ID card with the new name will usually be issued on the day of application. There is no limit on the number of times a name can be changed.

Does a Married Couple Share the Same Surname or Have Different Surnames? 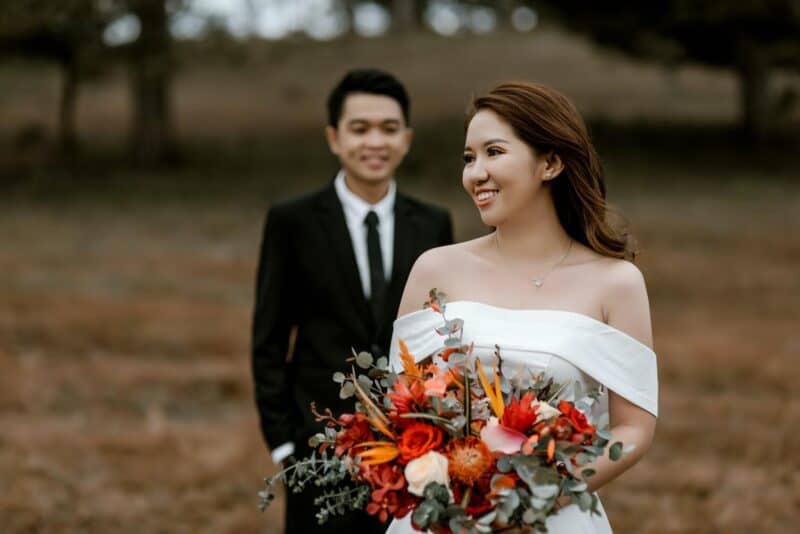 Apparently, the most common reason for a name change is the change in the Chinese characters, without altering the English notation. In most cases, names are changed to alter one’s fate when one is troubled by illnesses or other problems. The same belief is also held in Japan. However, in Japan, it is difficult to change the surname for reasons attributed to onomancy.

English names are often added to Chinese names when someone is looking for a job. In addition, English names are also added for religious reasons such as baptism and conversion. There are also cases where parents mistakenly registered the spelling at birth and wish to correct it. In any case, there is no need to indicate the reason for a change in name.

In Japan, there is a lot of debate over married couples having different surnames. Again, there are no particular rules in Singapore on this.

Back to the political scene, Minister for Manpower Minister Josephine Teo goes by her husband’s surname. Her title is “Mrs”. In the case of Malay President Halimah Yacob, as she had no surname in the first place, her name did not change when she got married, and she is addressed as “Mdm.” Ho Ching, an executive of a government-affiliated company and wife of Prime Minister Lee Hsien Loong, did not change her surname, and she is addressed as “Ms.”

On the other hand, there are cases where the wife changes her surname to her husband’s surname, with the reason being, “If the surname on the passport is different from that of the child, it could be troublesome to prove the mother-child relationship.” Ms Ng said, “Every individual has different circumstances when it comes to names and there are different types of cases. I think Singapore is flexible in name change because of its diverse ethnicities and religions, with different naming customs.”

I believe that is true. There are diverse traditions and customs, and these change with time. I suppose that it is thus impossible to enforce rules that decree that names must follow a standard format.

By the way, in Singapore, I indicate my name in the order of surname → given name. From time to time, some people misunderstood my surname as my name, and I received emails with the greeting of “Hi Nishimura!” To be honest, I was a little perturbed at first, but now I’m used to it.

I have no intention of dismissing the significance of names. I cherish the name that my parents gave me. However, my name does not define me. It exists because of me.

There are not as many different customs in Japan as in Singapore. Despite that, there is no doubt that people’s perceptions continue to change with the times. As such, I hope to see greater flexibility in the choices of a couple’s family name in time to come. (Correspondent Report) (Singapore = Nishimura Koji)

All rights reserved. Any information of a legal nature in this website is given in good faith and has been derived from resources believed to be reliable and accurate. The author of the information contained herein this website does not give any warranty or accept any responsibility arising in any way, including by reason of negligence for any errors or omissions herein. Readers should seek independent legal advice